The project began life as the  scene graph component of Hang Gliding Simulator developed by Don Burns. In 1999 Robert Osfield collaborating on the Don's simulator took over the reigns of the scene graph element of the simulator, and together they open sourced the software with no greater expectations that sharing a geeky hobby project.

Within the first year of putting the first public page and alpha version of the software members of the visual simulator professional began at first experimenting with the software, then contributing and then adopting it for professional visual simulator software.  Through 2000 interest in the software as a replacement for closed source scene graph began to explode and to support this burgeoning activity first Robert Osfield took the plunge and set up OpenSceneGraph Professional Services in spring of 2001, then Don Burns followed setting up Andes Engineering in autumn of 2001.


An early MindMap of the mission statement for the OpenSceneGraph. 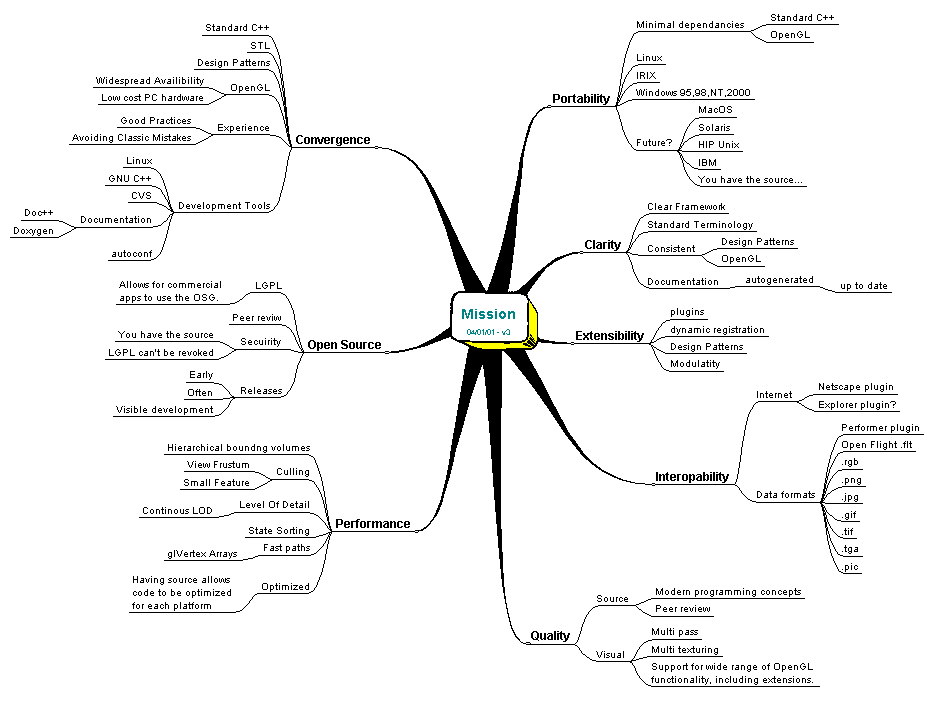 An early MindMap of the Design Patterns that are used in the OpenSceneGraph.